Each year, at least one in 10 of us will attempt to lose our post-festive excess. But despite all our good intentions, research* shows that three-quarters of those women will have given up by the end of the first week.

Not surprisingly, half of these New Year slimmers throw in the towel due to lack of willpower, while another quarter give up because their too-strict regime leaves them feeling moody or depressed. But the good news is that you can whip up your waning willpower. First, though, you need to understand why what seemed like such a good idea on New Year’s Eve now holds about as much appeal as a cold turkey sandwich.

Starving yourself will ultimately make you fat

‘After a strict diet, when you return to eating normally again, the weight loss goes back on as fat,’ explains nutrition expert Dr Marilyn Glenville. ‘The body’s programmed to store up fat In case another ‘famine’ is around the corner. That’s why it’s so common to gain even more weight after a diet. You then go on a stricter diet, only to put on more weight. You end up with more body fat than you started with and face a tougher job to get rid of it.’

‘We all have our own ideal weight,’ says Deborah Pyner, co-founder of dietfreedom.co.uk. ‘That’s what you should aim for — not someone else’s idea of how you should look. We’re bombarded with images of ‘perfect’ men and women, but imagine the airbrushing that’s gone on behind the scenes! It’s OK to want to look better, but we shouldn’t aim to emulate what isn’t real!’

‘If you lose weight very quickly, a quarter of that weight loss will be made up of water and muscle, not the fat that you actually want to lose,’ says Dr Glenville. ‘Fast weight loss might be exciting, but you can’t physically lose more than 1lb-2Ib of fat a week.’

‘Most women go on a New Year diet because they’ve overdone it at Christmas time,’ says Kim Parker, Nutritionist. ‘They cut, out all the things they love. And the problem with that is, if you deprive yourself of something you really want, you’ll only revert to your old eating habits.’

‘Excess fat is often more about feelings than food, and for many of us the two are inextricably linked,’ explains lain Petrie. ‘These emotions are triggered by daily stress, issues from the past, a family history of obesity, limiting beliefs about your own ability to lose weight, fear of the future, and other factors that trigger binge-eating.’

Tips to help you get trim

‘Overweight people tend to eat most of their calories later in the day.’ Says Dr Glenville. ‘So try to stop eating two hours before bedtime. Any earlier that and you’ll get too hungry and be tempted to give in to your old cravings.’

Try the Emotional Freedom Technique (EFT). ‘EFT targets the emotions that lead us to comfort-eat and crave certain foods,’ says lain Petrie. ‘EFT is a simple, painless form of acupressure, which involves tapping your fingertips on key points of the face, upper body and hands. You’re tapping into your energy meridians and focusing on removing the emotional blocks that cause you to comfort-eat.’

Apply the 80/20 rule. ‘Make sure you eat as well as you can for 80 per cent of the time,’ says Kim Parker. ‘The rest of the time, if you fancy a cappuccino or a muffin, have it — and don’t feel guilty. Depriving yourself of something will only make you want it more.’

‘Set yourself specific, achievable goals,’ says Kim. ‘For example, if you want to slim for your wedding, put a picture of a bride on your fridge door. Visualisation is a powerful aid to weight loss. But be realistic, too. Some people are just born to be curvy.’

Disclaimer
This article is for information only and is not intended to be a substitute for professional medical advice.

As a nutrition and health writer, Kim has written many informative and lively articles on subjects as diverse as superfoods, stress, and the link between mood and food. She has provided press comments for various publications including Men’s Health, Red, Glamour, Woman, First, Zest, Square Meal, and The London Magazine. 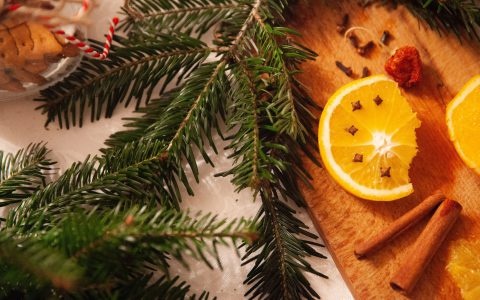 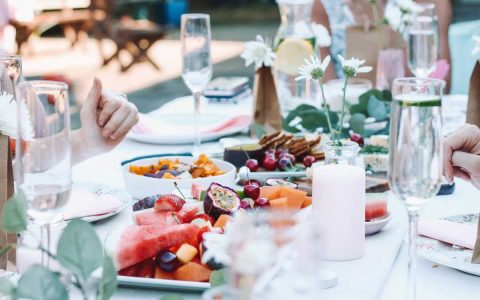 Eat what you like without putting on a pound 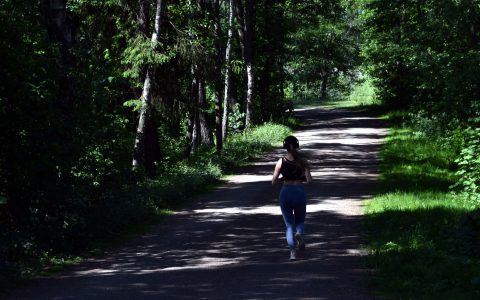